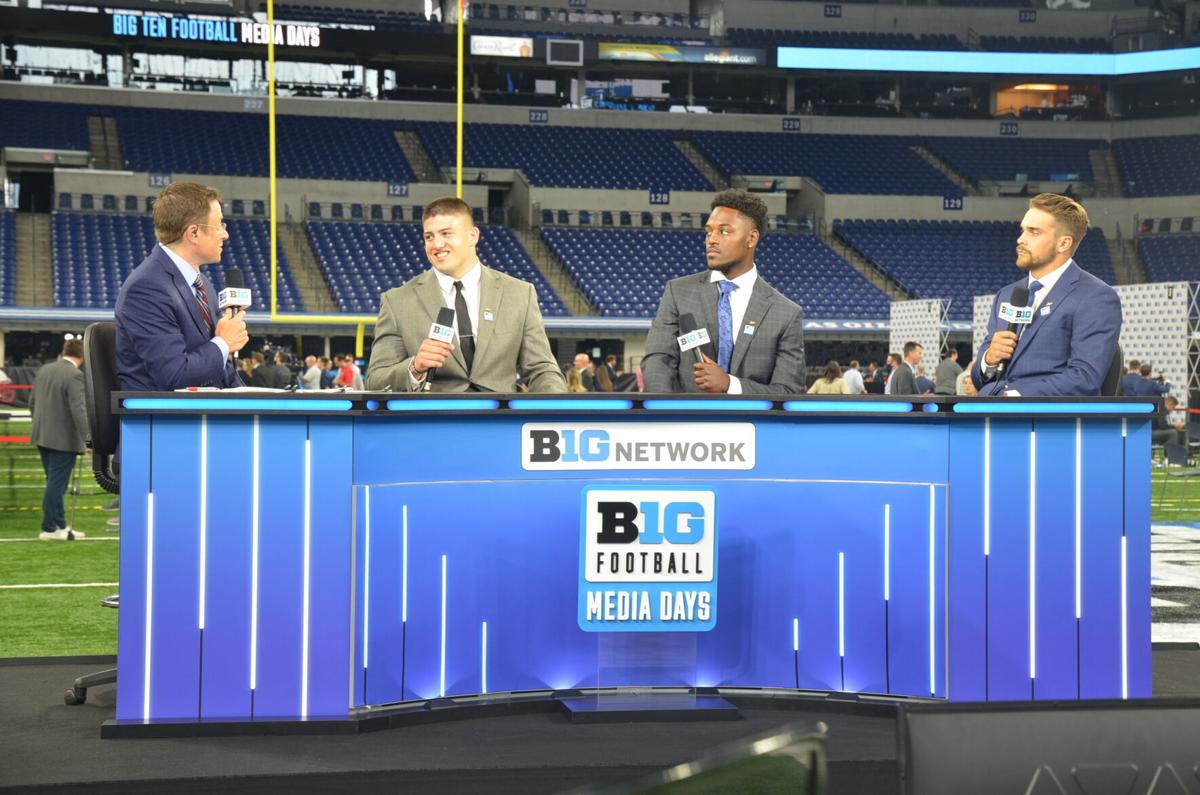 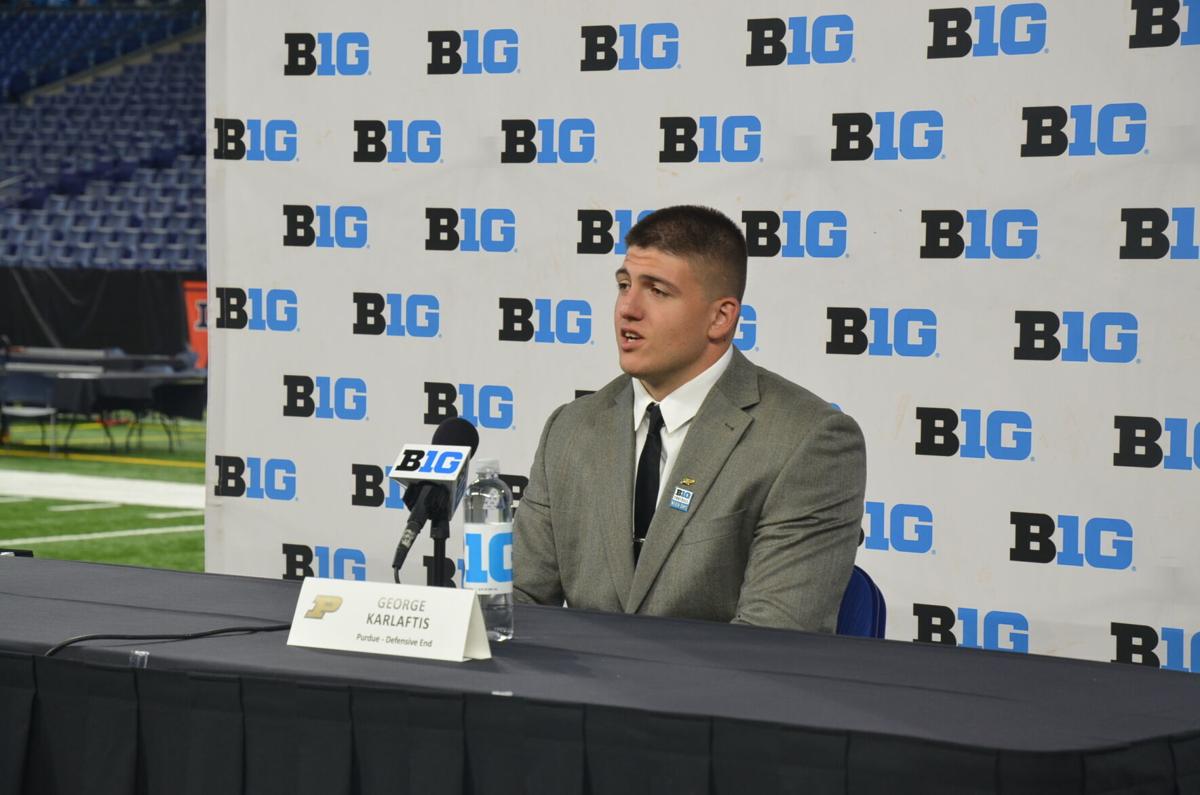 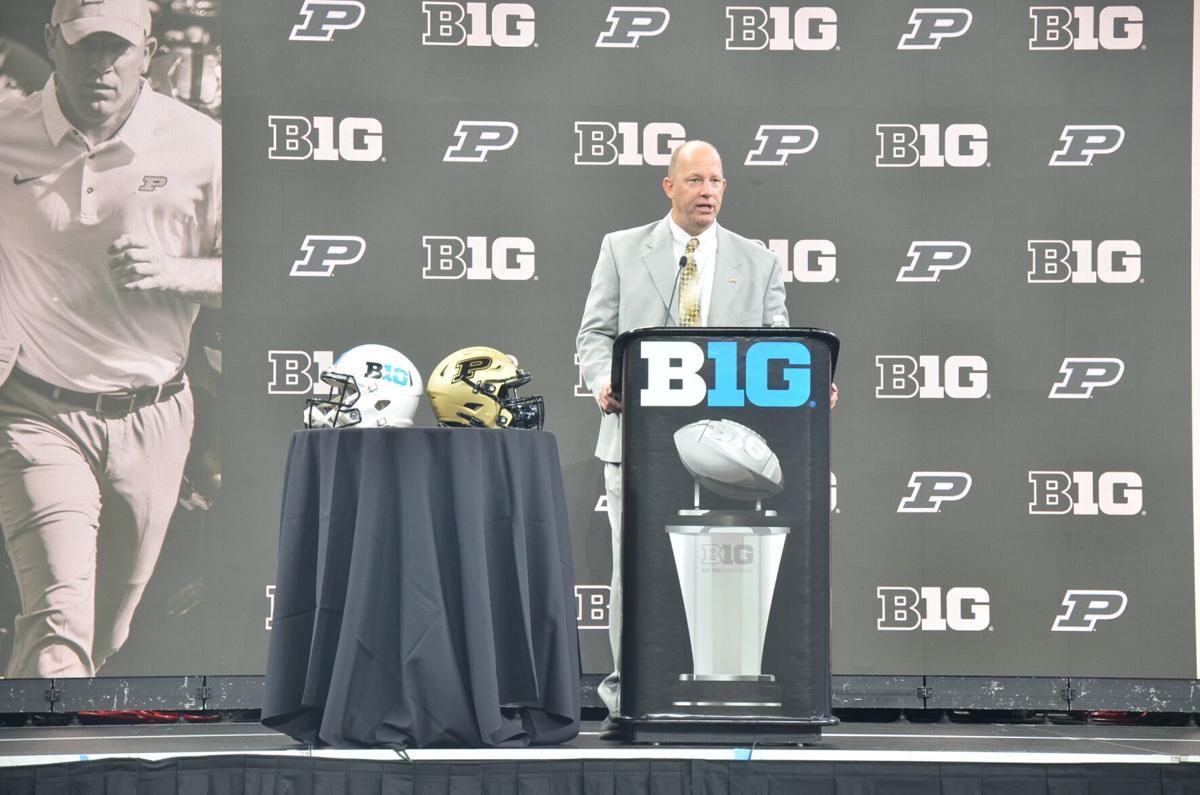 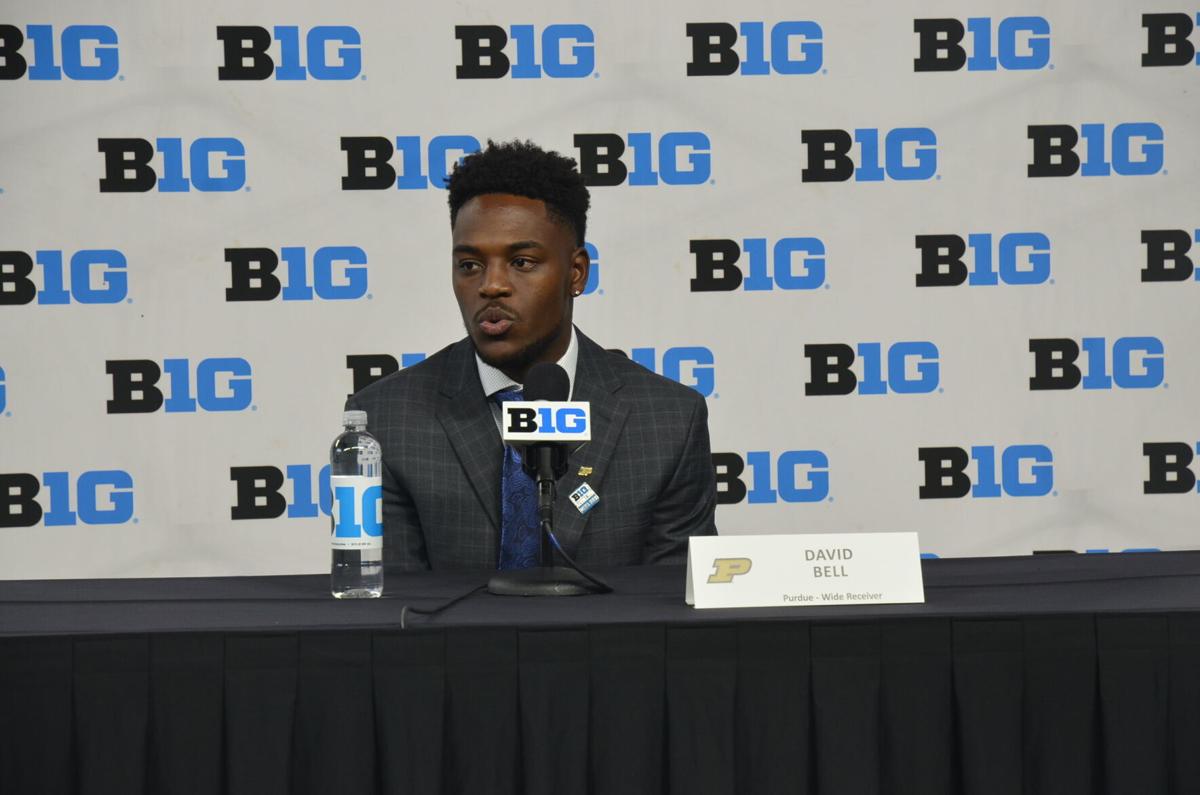 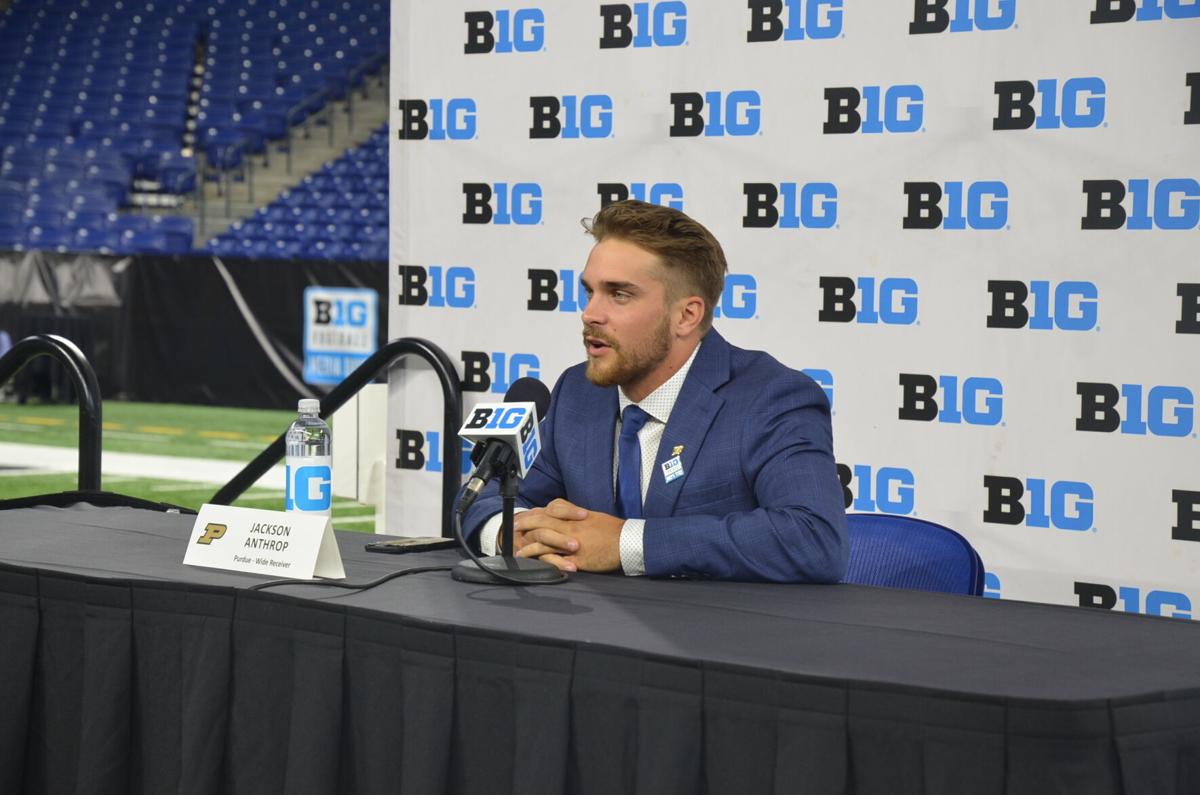 INDIANAPOLIS – Spring football gave fans a live showcase of what next year’s Boilermakers had to offer on the field.

In just over one month, all of the program’s hard work during spring and summer practices will be put to the test against the Oregon State Beavers on Sept. 4.

Today, Jeff Brohm and three players amplified the media’s excitement for the upcoming season in Lucas Oil Stadium, answering the media’s most pressing questions for the first time since the end of the 2020-21 season.

“I really feel like we’re close,” Brohm said in his opening statement.

“Without question, we have to compete, finish, and work on a lot of small things a little bit better. That’s a part of growing, learning, and coaching and figuring out how to win.”

Brohm said in-state recruiting is one of the most important factors in creating a strong program. Developing some of the top in-state talent, Brohm said, provides the team with the reputation among local high schools needed to win in the state of Indiana while convincing students they don’t need to go across the country to make an impact.

“We feel like we’ve done a very good job at developing prospects from in-state that want to go somewhere and make a difference,” Brohm said.

With former prospects like receiver Rondale Moore from New Albany, receiver David Bell from Indianapolis, and defensive end George Karlaftis from West Lafayette, Purdue has seen no shortage of in-state talent make their way to Ross-Ade Stadium. From Brohm’s first full recruiting class in 2018 to the class of 2022, 17 Indiana recruits have committed or played for Purdue, according to 247 Sports.

Brohm said he wanted to continue to build the brand those three players have made for themselves while giving other players a chance to shine using the education Purdue can provide and strong opponents the Boilers will face.

Brohm said he wanted to have a more collaborative approach on the defense with his coordinators, a spot where he took a more hands-off approach in previous seasons. By playing “offense on the defensive side of the ball,” Brohm said, players will have more a chance to make plays in the pocket and have fun in the process.

Three coaches were named co-defensive coordinator: Lambert, English, and defensive line coach Mark Hagen. Brohm said he wanted to get as many experienced minds involved in the defensive game planning as he could, building a team of people who have won at different levels to experiment and find creative solutions to succeed.

Bell continued to take the spotlight during the conference, with questions and high praise firing away from media members about the Big Ten’s leading receiver. While Brohm said he wasn’t featured as much as he could in an offense that led the conference in receiving yards per game (309), he was a player who led by example last season with the seemingly endless receptions of 50/50 passes.

“In a clutch situation, if you need to make a play, he’s going to get it done.” Brohm said.

Karlaftis said his time off between COVID-19 shutdowns and an injury on Halloween against the Illinois Fighting Illini gave him a new appreciation for the game and a new hunger to get back on the field in his junior year.

“Everyone always says ‘this snap could be your last snap,’” Karlaftis said, “That didn’t really resonate with me because I thought I was invincible. I hadn’t really gotten a major injury.”

Bell said he had been practicing with sophomore receiver Broc Thompson during the offseason. Thompson played with Bell at Ben David High School in Indianapolis

He said he models his game off of NFL wide receivers Allen Robinson and Keenan Allen — two tall receivers who surpassed 100 catches and led their respective teams in receiving yards last season.

Purdue football gained seven transfers in the offseason, including Thompson, Auburn linebacker Octavius Brothers and three defensive linemen. With the help of the plug-and-play transfers, a four-star recruit in Yanni Karlaftis, and the progression of offensive players like receiver Milton Wright, Bell said he thinks Purdue has a chance to surprise the Big Ten this year.

“We have a ton of guys that you haven’t seen play this year that are going to be names to be reckoned with,” Bell said.

Karlaftis predicted a shift in defensive philosophy as well, saying he expects a more aggressive, attacking defense that will bring pressure, get takeaways, make big plays and get after the quarterback.

Lambert’s aggressive Marshall defense topped the NCAA in points allowed per game with just 13 last season, according to SportsReference.com. The team finished fourth in rushing yards per game with 95.5, second in total offense with 279.4 and 21st in fumbles per game with one.

Since the beginning of the pandemic, members of the Purdue football team have taken the steps to ensure students stay safe on campus and follow the Protect Purdue pledge.

Purdue football gave players the opportunity to weigh their options and make the decision that best fits with educational sessions and up-to-date information. The team went as far as making sure the vaccine was provided on campus and in their football facilities at times, Brohm said.

“It’s always a work in progress,” Brohm said. “In my opinion, it’s an individual decision. But they realize all the benefits that can happen with it, and some of the things that may happen if you don’t get it.”

Brohm said he hopes to have 90% of the team vaccinated by the end of July.

66% of Purdue faculty have been vaccinated, as opposed to 50.1% of Indiana’s population.

Purdue will not require students to be vaccinated to attend class or live on campus. Students and faculty will have to participate in frequent surveillance tests if they choose to not take the vaccine.