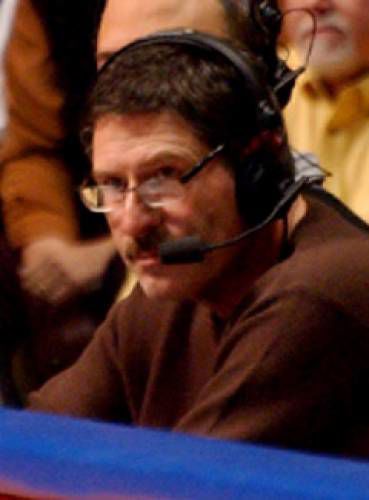 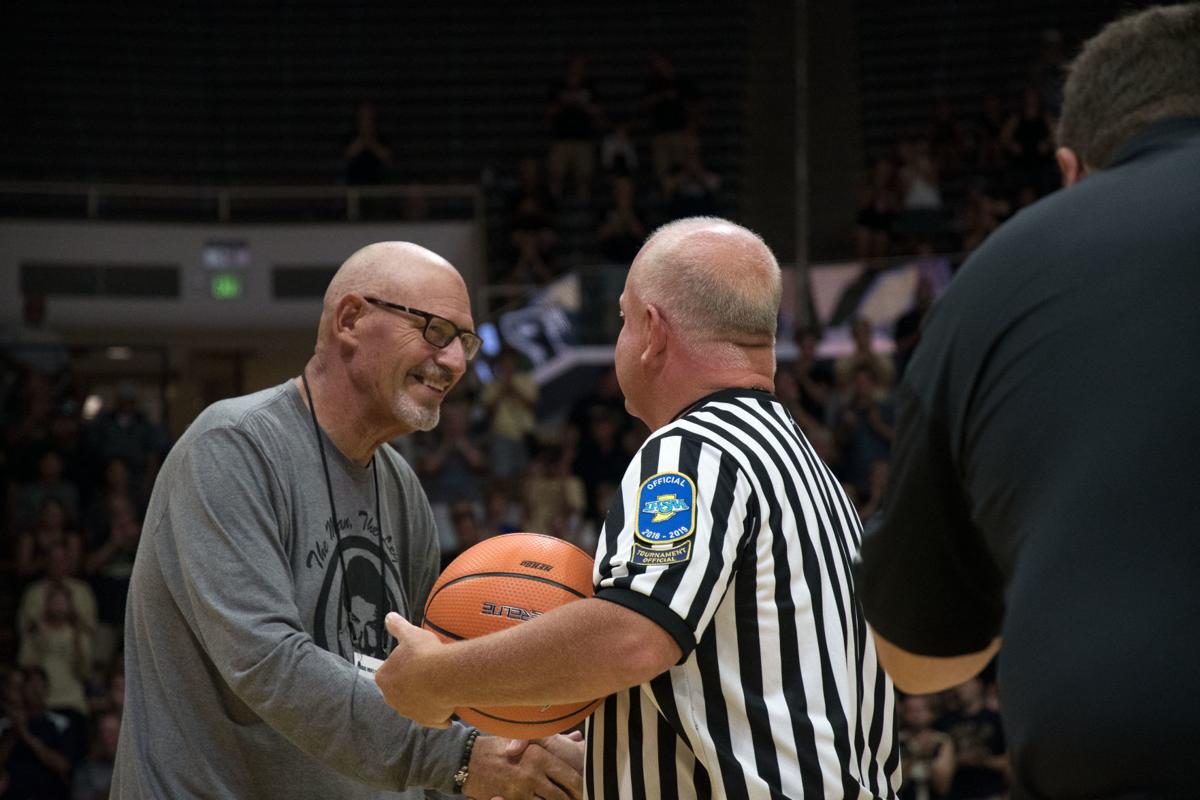 The longtime voice of Purdue Basketball, Larry Clisby, delivers the game ball to a referee during a 2018 game. 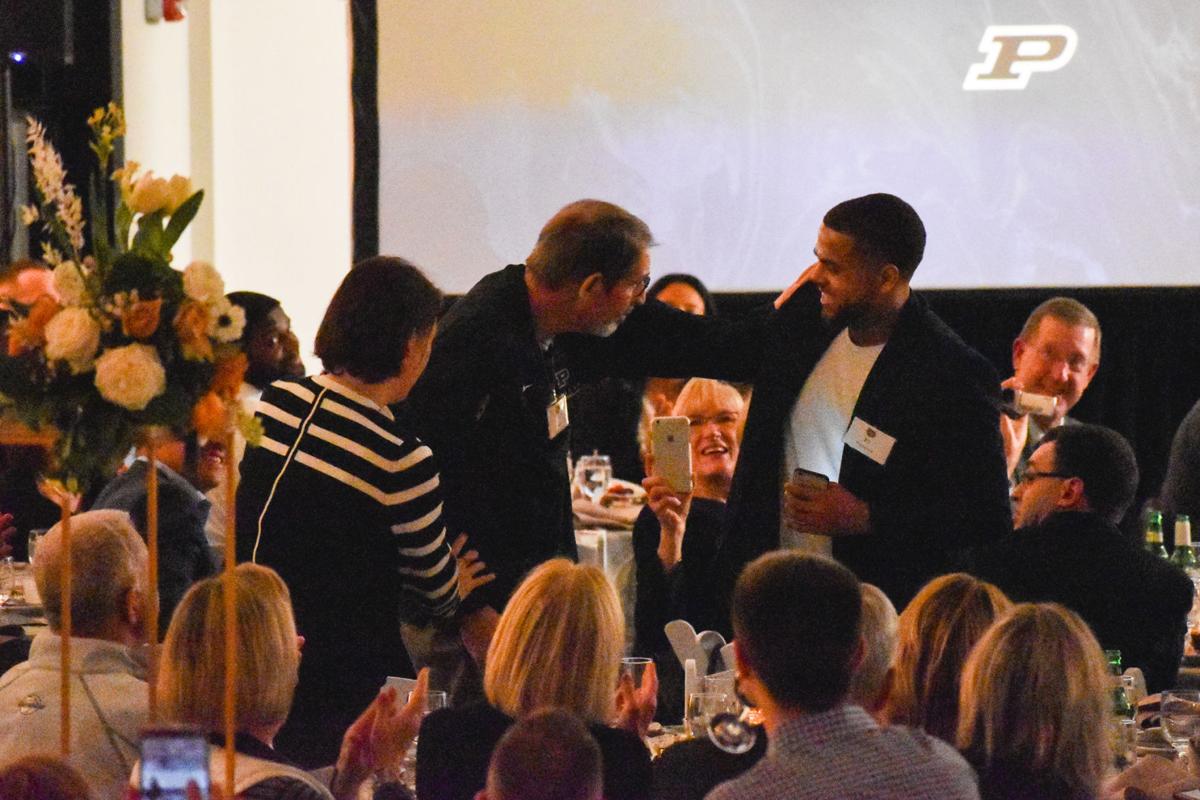 The voice of Purdue basketball, Larry Clisby, stands up and waves next to basketball graduate assistant P.J. Thompson after Robbie Hummel gave him a birthday shout out from the stage.

The longtime voice of Purdue Basketball, Larry Clisby, delivers the game ball to a referee during a 2018 game.

The voice of Purdue basketball, Larry Clisby, stands up and waves next to basketball graduate assistant P.J. Thompson after Robbie Hummel gave him a birthday shout out from the stage.

Clisby, 74, was the radio play-by-play broadcaster for Purdue basketball for nearly 40 years, and became known as the "Voice of the Boilermakers." He finished his career calling 1,189 Boilermaker basketball games, according to a Purdue Athletics press release issued Saturday morning.

This is tough to hear this morning. There was no one better than Cliz. A true legend as the voice of the Boilers and someone I consider myself lucky to call a friend. I’ll cherish the time we spent together at Purdue. https://t.co/C4t3490NS7

"Cliz was more than just Purdue Basketball's radio announcer. He was truly a part of our team and program for more than 40 years," head coach Matt Painter said in a statement. "He had close relationships with current and former players and we always considered him an extended part of our staff.

"While it's a sad day for all of us and all our great fans, we should all feel fortunate that he was our program's voice and cherish those memories of him calling games for the team he loved."

Our thoughts and prayers go out to the family, friends, and fans of the great Larry Clisby. A Purdue legend. He will be greatly missed.

Clisby retired before the 2020-21 season, two years after being diagnosed with Stage 4 lung and metastatic brain cancer.

He was present for some of Purdue basketball's most iconic moments, including Chad Austin's game-winning shots at Indiana, Glenn Robinson's basket against Michigan to help give Purdue the 1994 Big Ten Championship and Ryan Cline's stepback 3-pointer against Tennessee in the 2019 Sweet 16.

He was a part of nine Big Ten Championship seasons, one Big Ten Tournament title, 28 NCAA Tournaments and three Elite Eight appearances. Clisby was inducted into the Indiana Sportswriters and Sportscasters Hall of Fame in 2018.

No announcer has been more welcomed into a program than Larry Clisby was at Purdue, thanks to Gene Keady, @CoachPainter and @erbloom. In tribute, I have removed the paywall from my One on One episode with him at https://t.co/IAOogojR6J. To know him was to love him. pic.twitter.com/JHZyJfmm4X

Since 1989, the voice of Larry “The Cliz” Clisby has been giving Boilermakers around the cou…