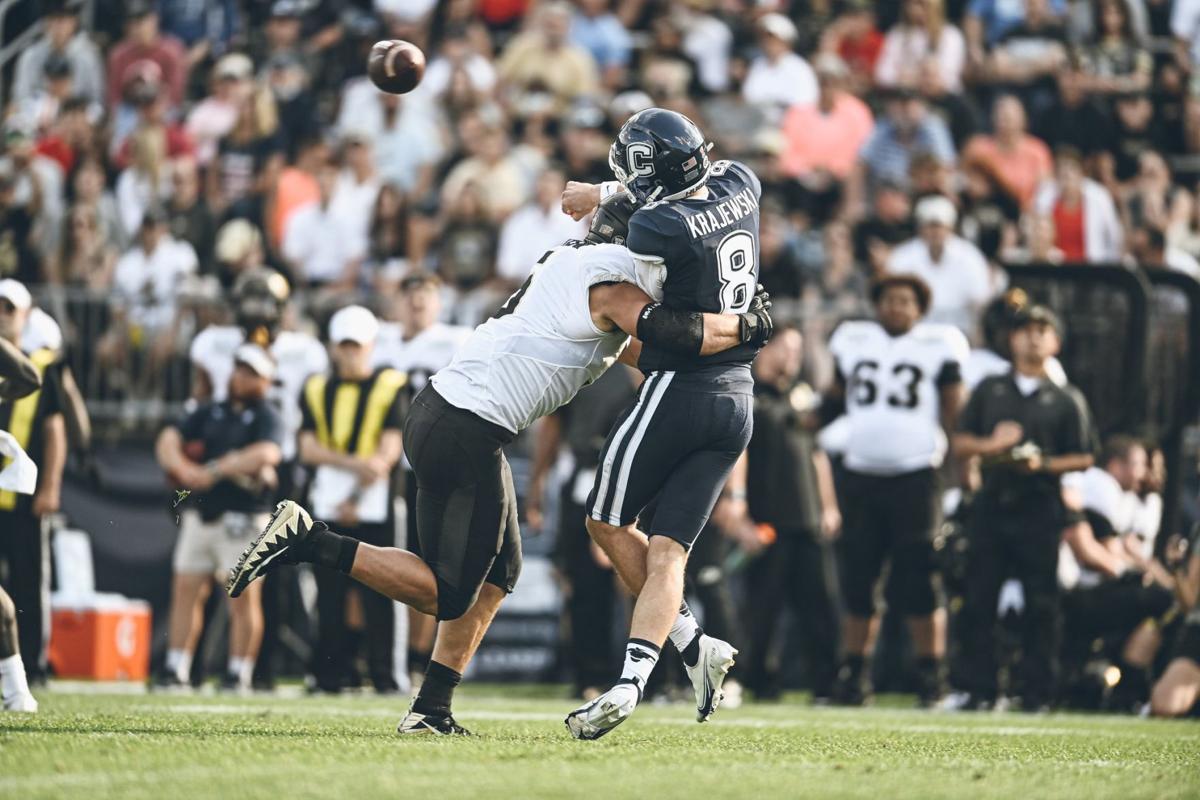 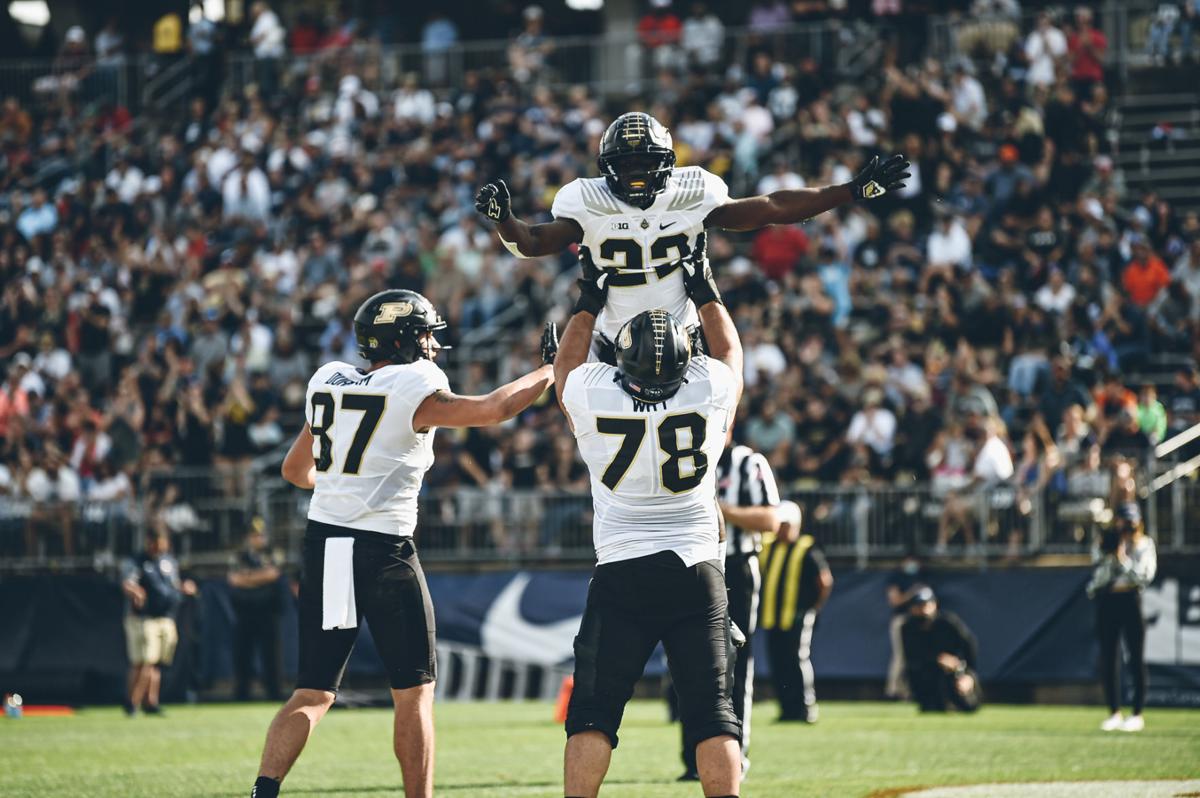 Saturday’s game against UConn was a test for the Purdue football team.

It wasn’t about whether Purdue would win; the Boilermakers (2-0) were favored by 35 points at kickoff and the advanced stats site Game On Paper set the team’s pregame win percentage at 97.7%.

The question was never “Will Purdue win?” but rather “By how much?”

Would it be the gleeful destruction Fresno State wrought in its Week 0 matchup against the Huskies (0-3)? Or the 10-point squeaker the Football Championship Subdivision’s Holy Cross pulled off a week later? The Boilermakers were capable of either performance.

They chose the former.

Purdue beat UConn 49-0, worse than any team since a 55-point manhandling from then-No. 20 Boise State during the 2018 season. The Boilers marched for 562 total yards, finished with a 66% third down conversion rate and achieved their first shutout since 2011. They covered the projected 35-point spread by two touchdowns, and were another two scores away from scoring the total projected points for both teams by themselves.

Despite a slow opening, head coach Jeff Brohm said he knew the offense was heating up after the first touchdown. He called junior quarterback Jack Plummer “jumpy” on the first series, but said Plummer found his rhythm as he got more time in the pocket.

Bell finished the game with 121 yards and three touchdowns on just six receptions. Two of his touchdowns were fueled by yards-after-catch, as he danced around and shed tacklers on his way to the end zone.

The Boilermakers went down to the second string at the half, retiring Plummer, Bell and junior defensive end George Karlaftis when the team was up 35-0.

Karlaftis especially made his presence felt on the defensive line, recording four tackles, three quarterback hurries and a forced fumble. His younger brother, freshman linebacker Yanni Karlaftis, made his Purdue debut and logged a solo tackle during the second half.

As the second half went on and more and more reserve players rotated in, the team realized it might be able to shut out the Huskies. Brohm said after the game that he would have been happy with the defense’s play regardless.

“The defense has pride, and they want to go home with a goose-egg and feel good about it,” Brohm said about his players’ desire to keep the slate clean.

The team started to slow down as it got deeper into the roster, but Brohm said he liked the chance to rotate so many players in.

“Some guys really did a good job (and) gained some experience that’ll be valuable,” Brohm said. “We’ll just need to build on this and continue to progress forward.”

As Purdue was sealing its victory on the game, another drama arose. Then-No. 8 Notre Dame was in severe danger of losing to Toledo. The Fighting Irish (2-0) spent much of the second half trailing, and were five points behind after the two-minute warning. But Toledo mismanaged the clock at the very end and let Notre Dame score what turned out to be the game-winning touchdown.

A sense of hope emerged on social media that Purdue’s upcoming contest against the Irish might be more balanced than they believed entering the season.

But this enthusiasm should be tempered: the UConn game was always supposed to be like this. Purdue came in, filled out the paperwork and beat a team that’s in the bottom 10 of every national ranking in sports media. It went exactly how one would expect from the phrase “Power Five team vs. non-Army/Notre Dame/BYU FBS Independent.”

And the team may be down a potent weapon heading into Notre Dame next week. On the team’s second drive, fifth-year running back Zander Horvath injured his leg during a tackle. He exited the game, and returned to the sideline in a boot during the second quarter. Brohm said he’d be out “a while” after the game.

The run game performed well after Horvath left — junior back King Doerue and freshman Dylan Downing combined for 156 yards and a touchdown — but without the yards-after-contact potential of Horvath, the offense may be in trouble on Saturday.