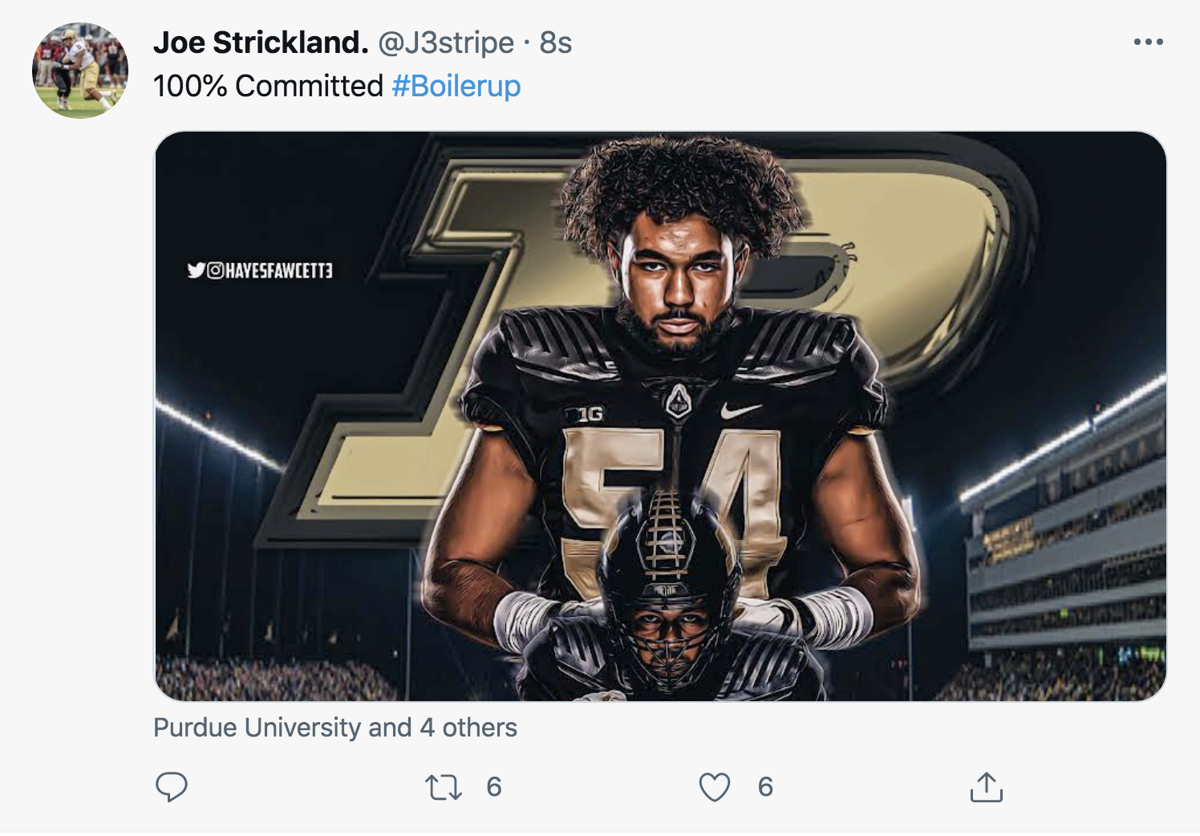 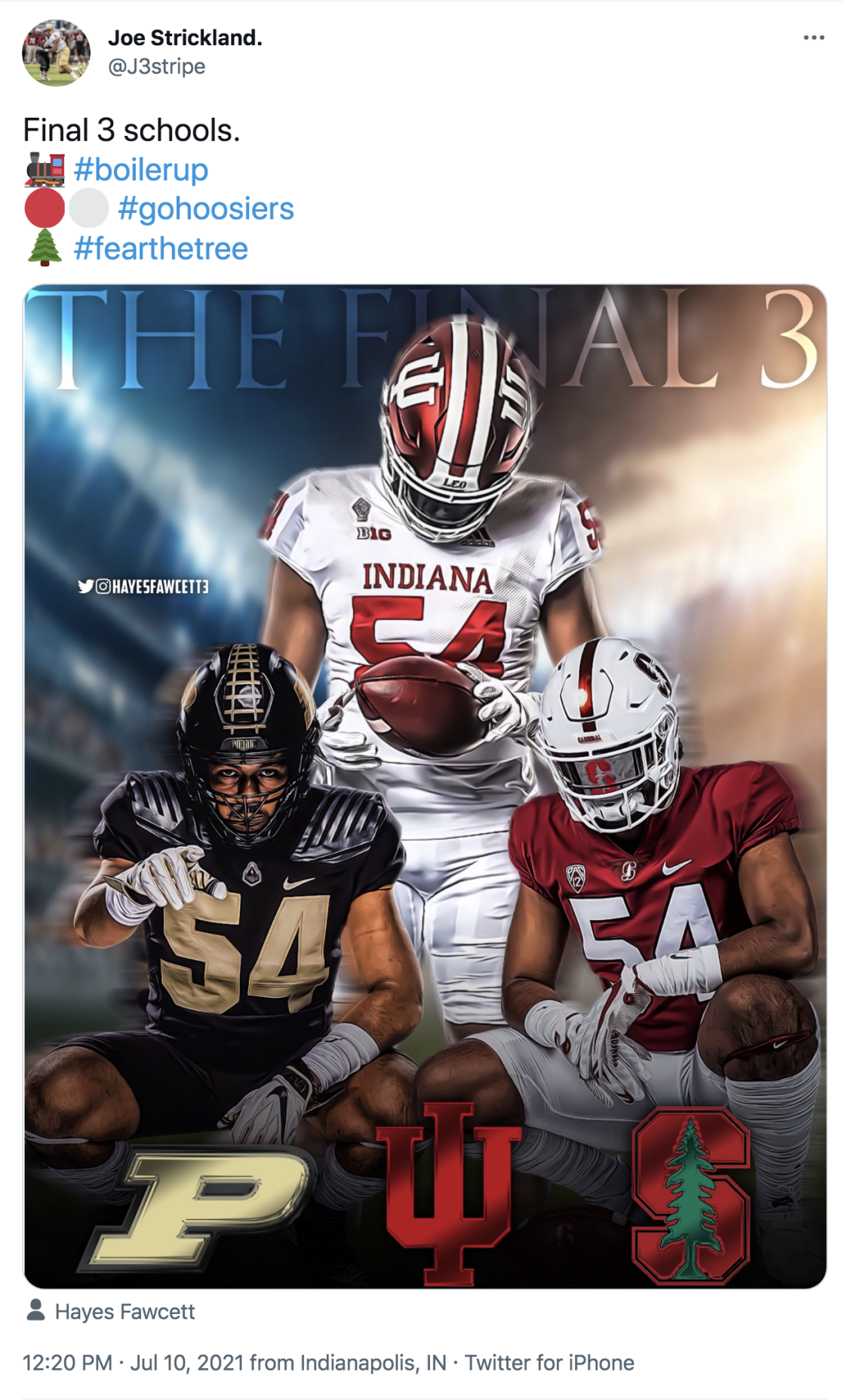 Joe Strickland narrowed his choices to Purdue, Indiana and Stanford.

Joe Strickland narrowed his choices to Purdue, Indiana and Stanford.

Purdue football has gained a commitment from 4-star defensive player from the Class of ’22 from Indianapolis who announced his choice via Twitter on Thursday.

Strickland, has played in 21 games in his high school career thus far, recording 93 total tackles. Those include 11.5 sacks and 19 quarterback hurries, according to MaxPreps.com.

He was most productive as a junior when he made 23 solo tackles and 27 assists, which included 11 tackles for loss in only 10 games.

In a Twitter post on Wednesday, Strickland thanked many people — trainers, college coaches, teammates and coaches — who have supported him during his athletic career.

"The journey I have been on the last few years has been truly an amazing experience and I am forever grateful," he wrote in the post. "As my recruitment comes to a close, I want to thank all the college coaches that had faith in me and invested their time to recruit me. It was truly an honor and appreciated."

Strickland and 6-foot-5-inch quarterback Brady Allen, hailing from Fort Branch, Indiana, are the only two 4-star players in the Class of '22 thus far.