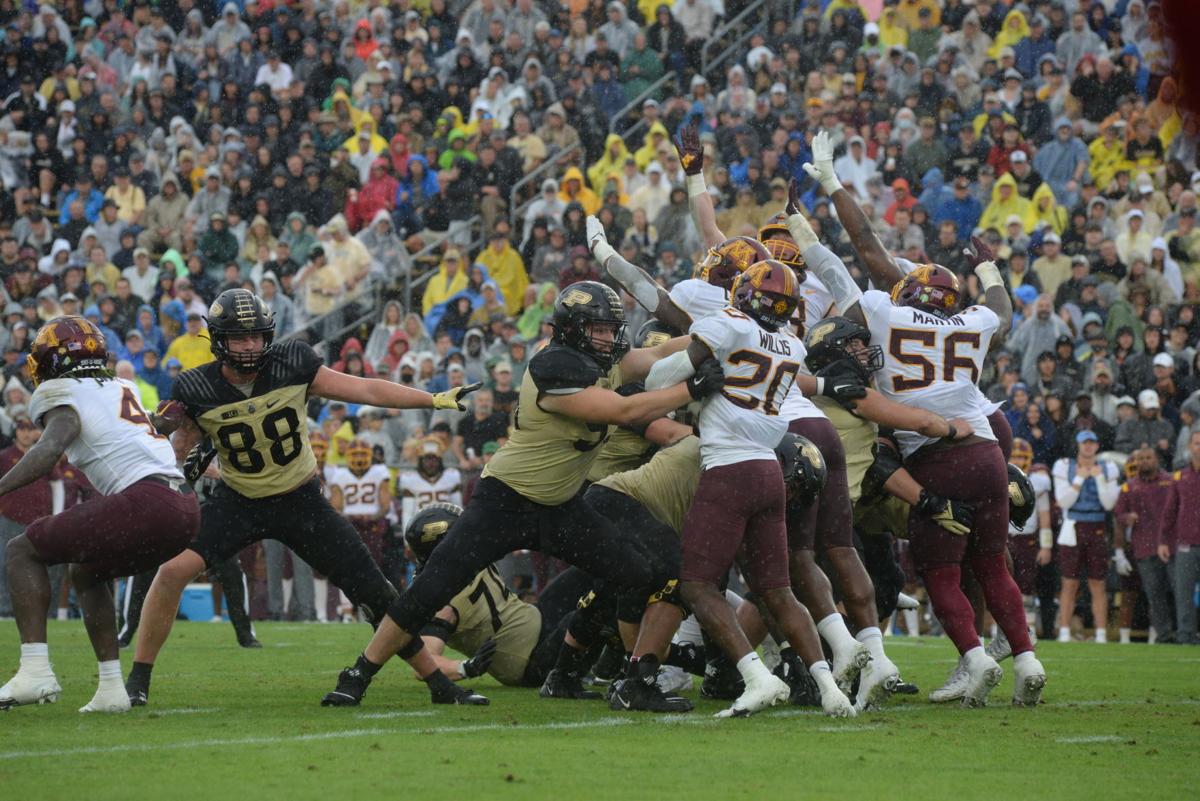 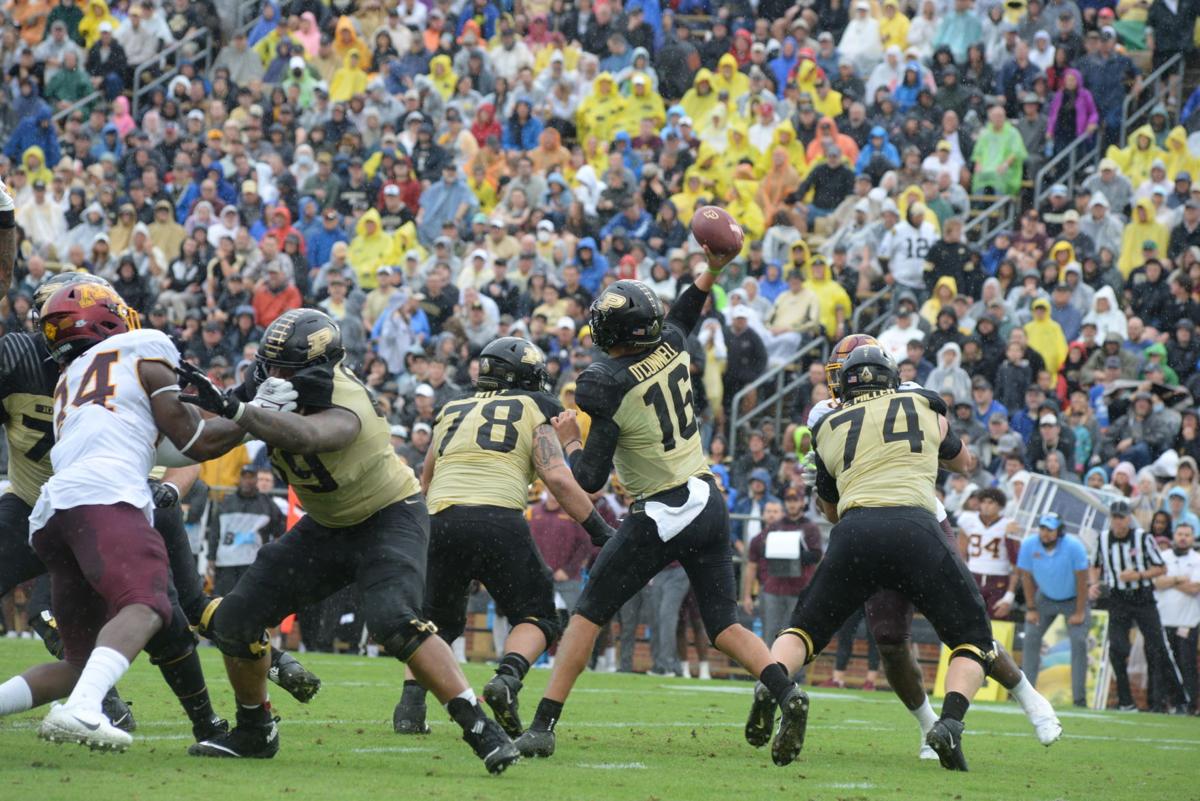 It was not exactly a happy homecoming Saturday for the Purdue football team.

Throughout Jeff Brohm’s tenure as head coach, the biggest area of concern for the Boilers has been the defense.

Brohm has been regarded as one of the brightest offensive minds in college football, and his dynamic play calling had been why Purdue fought so hard to keep him around the last few seasons.

To see Purdue (3-2, 1-1 Big Ten) struggle the way it did against the Minnesota Golden Gophers (3-2, 1-1 Big Ten) on Saturday, a casual viewer might have assumed the two perceptions were reversed. Purdue lost 20-13 in a driving rain, incidentally adding a chapter to a different perception about the Boilers’ futility in the rain.

The new and improved defense performed well. Besides a hiccup to start the second half, which led to a quick three-play touchdown drive and giving up a touchdown after a fumble recovery from the Gophers, the unit did what needed to be done.

It held Minnesota to 125 yards on the ground, the Gophers’ lowest mark on the season. The unit also got stops when needed, and gave the offense plenty of opportunities to advance and score the football.

“Last week we won as a team, this week we lost as a team. We all have a lot to work on, (and) red zone offense is definitely a specific of that,” senior quarterback Aidan O’Connell said after Saturday’s loss. “We can’t score 13 points and put our defense in a position like that. Our defense played a great game again; we have to help them out.”

The offense was able to move the ball down the field well. However, once the field shortened and it was time to punch it in the end zone, Purdue was unable to get the job done. The Boilers were consistently held to field goals, scoring just one touchdown on the day in the second quarter despite entering the red zone four times Saturday.

“When you move the ball and get down in there you have to get 7 points, bottom line,” Brohm said. “We’re not doing that and it’s costing us.

“It’s costing us a great deal.”

Purdue had more than twice the number of first downs as Minnesota and two more red zone attempts. Purdue receivers, typically a bright spot for the offense, had a field day.

Junior receiver David Bell recorded 120 yards on six receptions in his first game back from injury. He became the 12th player in Purdue history to hit 2000 career receiving yards during the game, making the mark in just 22 games. Fellow junior Milton Wright caught 95 yards and Purdue’s only touchdown of the day. Junior running back King Doerue returned from an illness against the Gophers and had a career game, rushing for 95 yards.

Losing to a team with these type of stats on your side is difficult. The Boilers are a pass-heavy team and the run game is up and down, especially with starter Zander Horvath out. Passing in short field situations comes at a premium. Windows get tighter and the margin for error all but disappears, as O’Connell reminded everyone with a game-sealing red zone interception during what would have been Purdue’s game-tying drive.

The team needs to improve its running production in order to alleviate those red zone situations, Brohm said after the game.

“When we get down in there, teams are playing pass (defense),” he said. “We have to figure out a way to run and get the ball in the end zone. “

Fortunately for Purdue, the team is heading into a bye week and has a chance to figure out its issues before taking on No. 3 Iowa (5-0, 2-0 Big Ten) on the road. Purdue will need to put up points in order to take down a Hawkeye team averaging 33.2 points per game after five weeks.