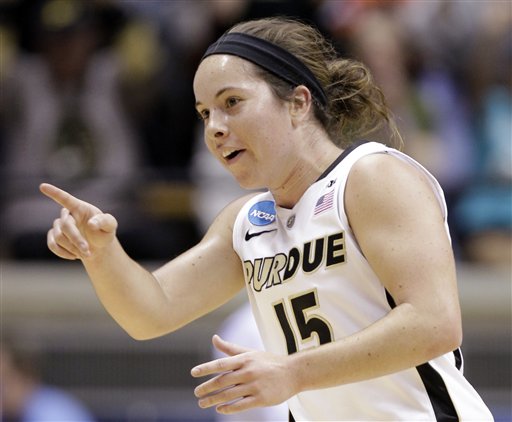 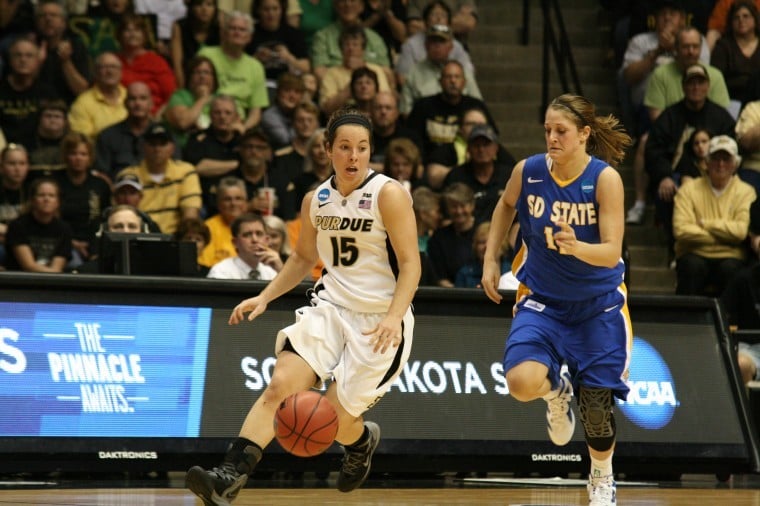 Purdue sophomore guard Courtney Moses drives the ball to the basket on a fast break against South Dakota State. 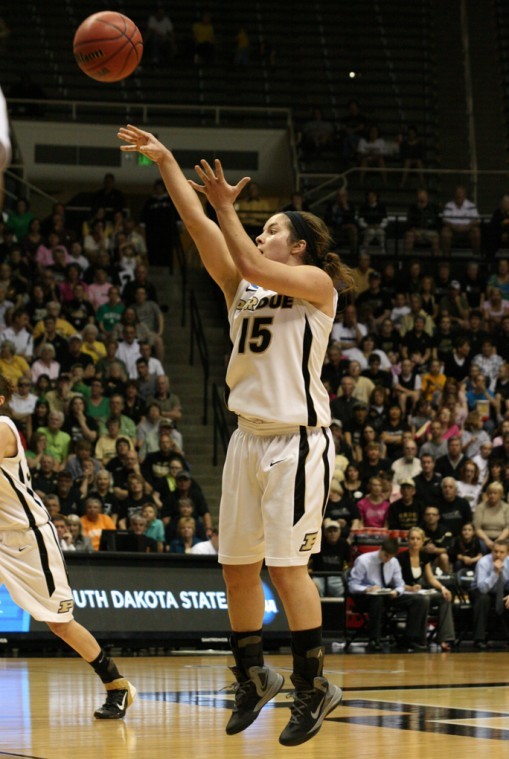 Purdue sophomore guard Courtney Moses drives the ball to the basket on a fast break against South Dakota State.

The NCAA Tournament has a new record holder in Courtney Moses.

Moses made nine 3-point shots during the 4-seed Purdue women’s basketball team’s 83-68 victory over 13-seed South Dakota State Saturday afternoon during the first round of the NCAA Tournament in Mackey Arena. The tally sets a new NCAA Tournament record for most made baskets from behind the arc in a single game.

“I knew Courtney was going to come in and have a good shooting game today,” redshirt sophomore guard KK Houser said. “She shot great all week in practice.”

A single 2-point field goal gave Moses a total of 29 points for the game, which ties her career high. The last time she scored as many was on Jan. 26 at Northwestern during the regular season.

Early on in the game the Boilers looked to score in the post position, which worked until the Jackrabbit defense collapsed low. The adjustment left Moses open for long shots, and she made nine of 14 attempts during the game.

“We were just running plays, going high-low,” Moses said. “They kind of stopped (senior center) Chelsea (Jones) there at the beginning of the game, and definitely scoring down low, they’re going to start collapsing in and it’s going to get the perimeter open.”

Post player foul trouble attributed to the necessity of Moses’ scoring. Early on Jones and senior forward Alex Guyton picked up fouls and spent time on the bench.

“We had a big lead and then those two got in foul trouble,” Purdue head coach Sharon Versyp said. “I think Courtney knocked down some really contested shots, too, contested baskets.”

Early in the second half the Jackrabbits made a run at Purdue’s lead, closing the gap to just four points. Moses gave Purdue a boost by making eight points in about a minute and a half of play, including two 3-point makes within 20 seconds.

“Those are big momentum plays,” South Dakota State head coach Aaron Johnston said. “It wasn’t just six points, it was a big momentum change in the game, and really, I think, kind of got us into a point where we were trying to scramble to get back into it rather than feeling like we were right there.”

Versyp said that she wasn’t keeping track of Moses’ progress as the game went on and was focused solely on getting the team advanced to the next round.

“I never realize,” Versyp said. “I’m just happy that they’re making shots and they’re going in … We’re just worried about winning a basketball game and sharing the basketball and having her knock down shots, and he had an opportunity to do something special today.”

Moses and the rest of the Boilers advance to face the 5-seed South Carolina Gamecocks during the second round of the NCAA Tournament at 7 p.m. Monday in Mackey Arena.