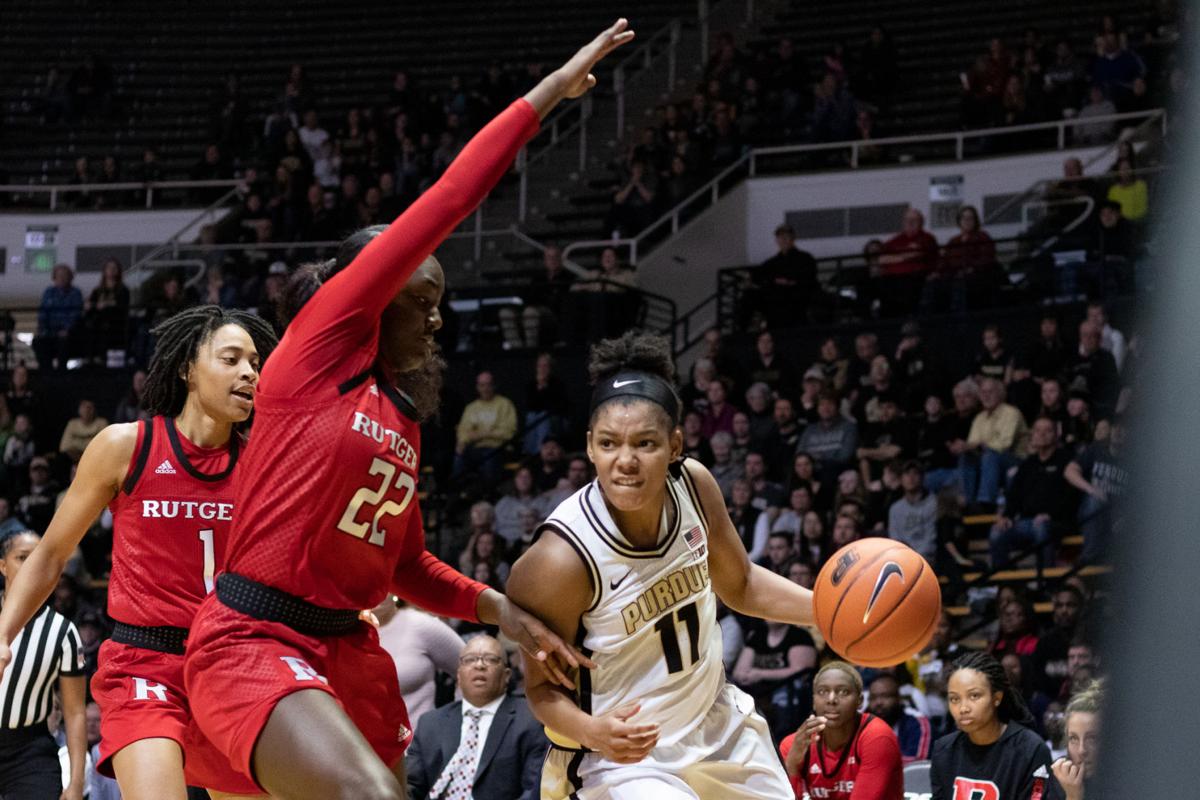 Senior guard Dominique Oden drives the ball around Rutgers forward Tyia Singleton in the first half of Purdue's 59-53 loss on Sunday. 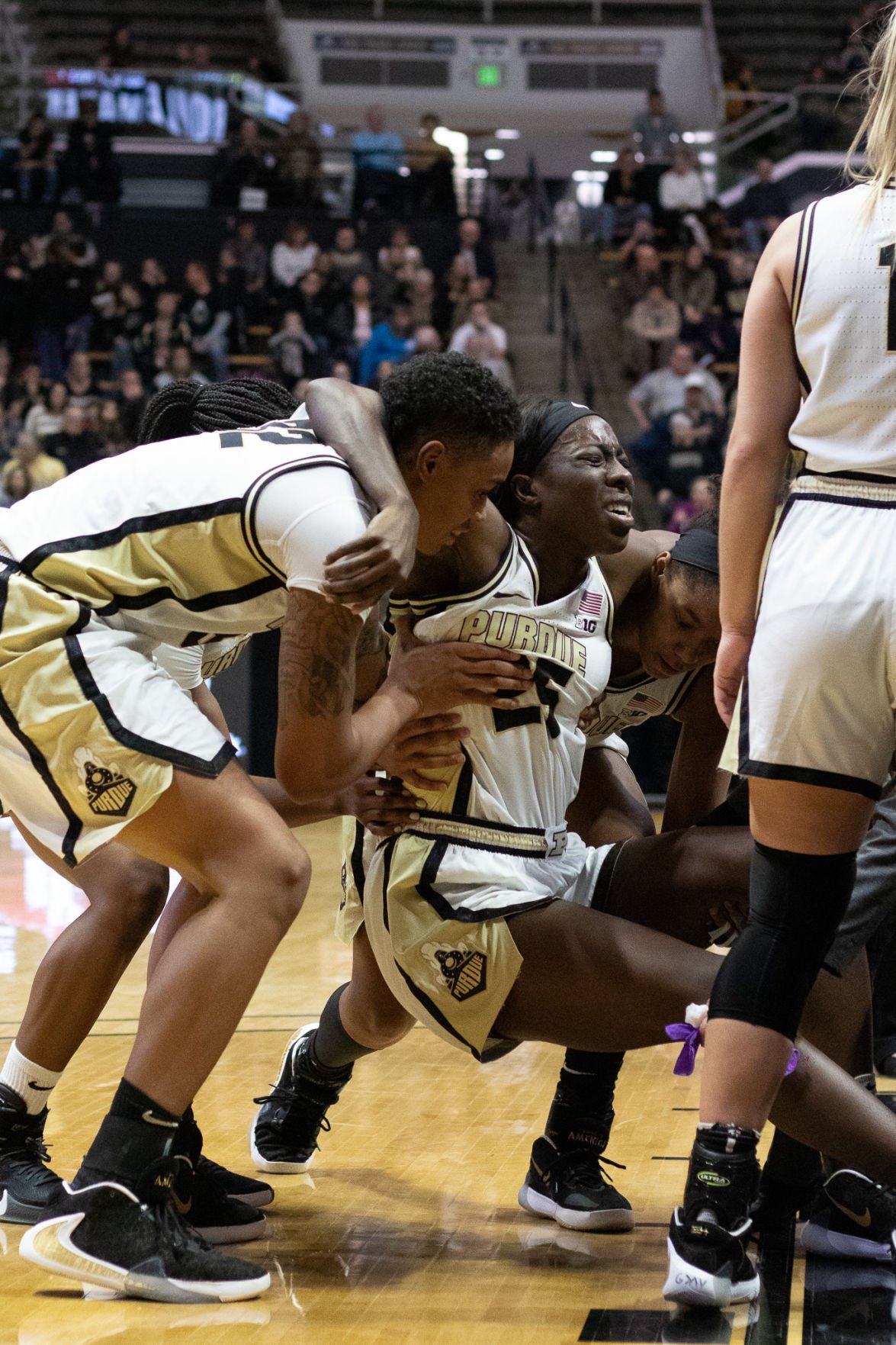 Junior guard Tamara Farquhar is helped off the court by her teammates after injuring her knee during the second quarter. She did not return to the game.

Senior guard Dominique Oden drives the ball around Rutgers forward Tyia Singleton in the first half of Purdue's 59-53 loss on Sunday.

Junior guard Tamara Farquhar is helped off the court by her teammates after injuring her knee during the second quarter. She did not return to the game.

A large first-quarter deficit and missed free throws down the stretch contributed significantly to Purdue losing to Rutgers, 59-53, Sunday in Mackey Arena.

The Boilermakers (11-4, 2-1) were able to tie the game late in the fourth quarter, but failed to ever take the lead. Purdue was 9 of 15 from the line with two of those misses coming in the last quarter. Furthermore, 18 Purdue turnovers contributed significantly to the loss.

“That was the hard part, trying to get back (in the game),” Purdue coach Sharon Versyp said on her post-game radio show. “You can’t start off slow against Rutgers, you can’t allow them to force you into turnovers. Obviously we battled back. If we made free throws we would have been on the other side of this.”

Purdue found itself down 15 at the end of the first quarter, 24-9. It was able to cut the Rutgers (12-2, 2-1) lead to nine at the half, 28-19. Late in the second quarter Junior guard Tamara Farquhar injured herself trying to get a defensive rebound. She appeared to hyperextend her knee and she did not return for the remainder of the game.

“When you see someone go down, you should play even harder with more sense of urgency, playing your rear off for that teammate,” Versyp said. “The second time we did fight, but everytime we got to 4 or 6 (point deficit), we would do something that was not good, then they kept getting that lead back up to 10 or 11, then we get it to 6 or 4 and tied it.”

But Rutgers season leading scorer Arella Guirantes took over from there. She put the visitors in the lead for good with a driving layup with :49 remaining. Kayana Traylor failed to convert under the basket for Purdue with 28 seconds left. It was forced to foul, despite when Rutgers not being the on bonus.

Purdue had to foul three times in the next seven seconds. Mael Gillis made two free throws, Cassidy Hardin had a 3-pointer blocked and that put Purdue in a big hole it could not climb out of.

Karissa McLaughlin led Purdue in scoring with 17 points and Oden had 13. Guirantes led Rutgers with 22. Khadaizha Sanders and Gillis had 10 each.