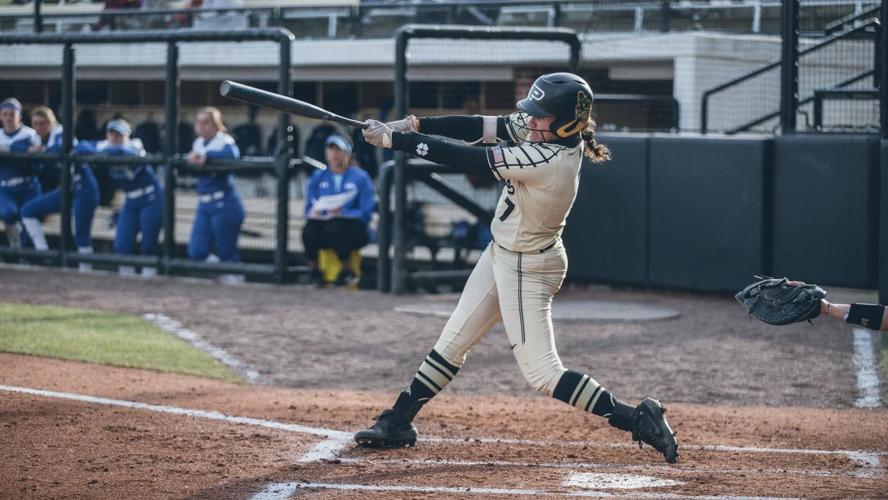 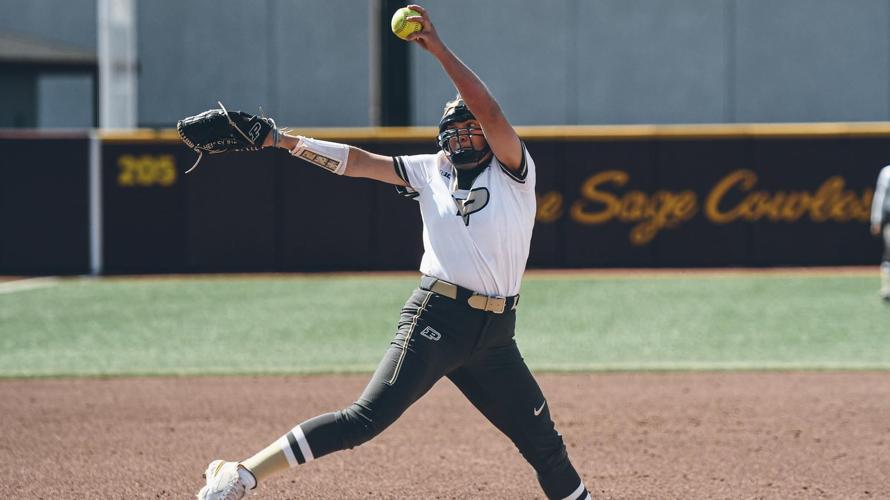 Freshman pitcher Savanah Henley throws a pitch during Saturday’s doubleheader against Minnesota. Henley finished her complete game outing with 13 strikeouts, four walks and only one hit.

Freshman pitcher Savanah Henley throws a pitch during Saturday’s doubleheader against Minnesota. Henley finished her complete game outing with 13 strikeouts, four walks and only one hit.

The Purdue softball team will escape the cold and sludge of West Lafayette and travel to sunny Conway, South Carolina to open their season by taking part in the Kickin’ Chicken Classic.

The Boilermakers will face off against three teams: East Carolina, Coastal Carolina and Georgetown. All three teams finished with losing records last year, with East Carolina winning 33% of their total games and 27% of their conference games.

The Boilermakers will look to make waves at the Myrtle Beach showdown by getting off to a hot start to their 56-game season and rebounding from a losing season in 2021.

This will be the first full season for Purdue softball since the 2020 season was canceled 25 games in.

Senior pitcher Alex Echazarreta said she is looking forward to returning to a full season.

“Honestly it’s going to be crazy because we’re not used to having so many fans,” Echazarreta said. “It’s going to be cool, having a good atmosphere, having family come, friends. Just playing in the pressure situations that those stadiums provide.”

Purdue’s roster includes some familiar faces, along with plenty of new ones.

Star infielder Rachel Becker returns for her senior season, hoping to continue to add on to her All-Big Ten selection and break Purdue’s single-season batting average of 0.479. Becker’s record-setting batting average was good enough for fifth all-time by a Big Ten player in conference history.

Sophomore catcher Kaitlyn Brannstrom also returns after a strong freshman season that landed her on the Big Ten All-Freshman team, as well as the All-Big Ten Second Team. Brannstrom led the team with five home runs and 30 RBI.

“They know the expectations here, and they know what goals that we have and what we want to accomplish, and I believe that they’ve bought-in and they’re excited.”

Head coach Boo De Oliveira said she hopes for contributions from five incoming freshmen. The class was rated as the No. 39 recruiting class in the nation by Extra Inning Softball.

Purdue’s average ERA of 3.69 ranked third-to-last in the Big Ten. Led by Michigan’s Meghan Beaubien, the Wolverines led the league after they combined for a 1.23 ERA by season’s end, allowing almost a full run less in nine innings than every other team in the Big Ten.

The Boilermakers open with a doubleheader against East Carolina and Coastal Carolina starting at 10 a.m. on Friday, followed by a repeat competition this Saturday at 12:30 p.m.