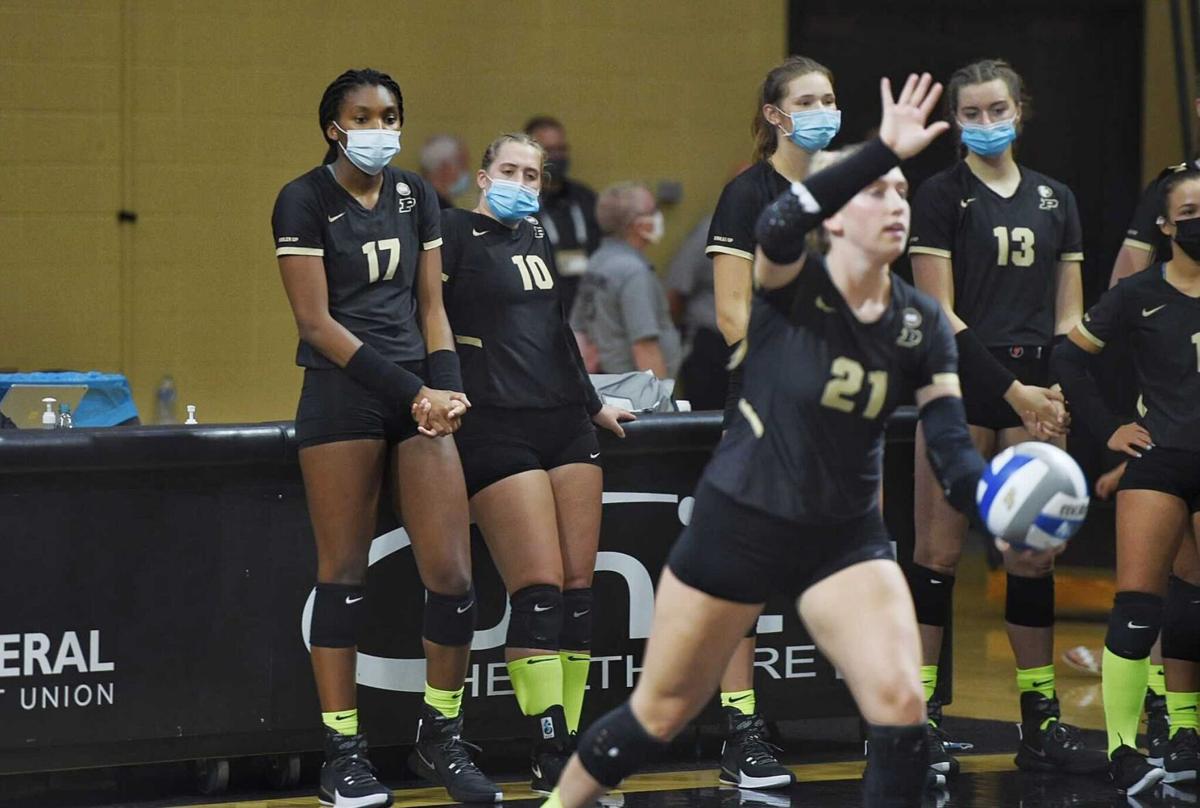 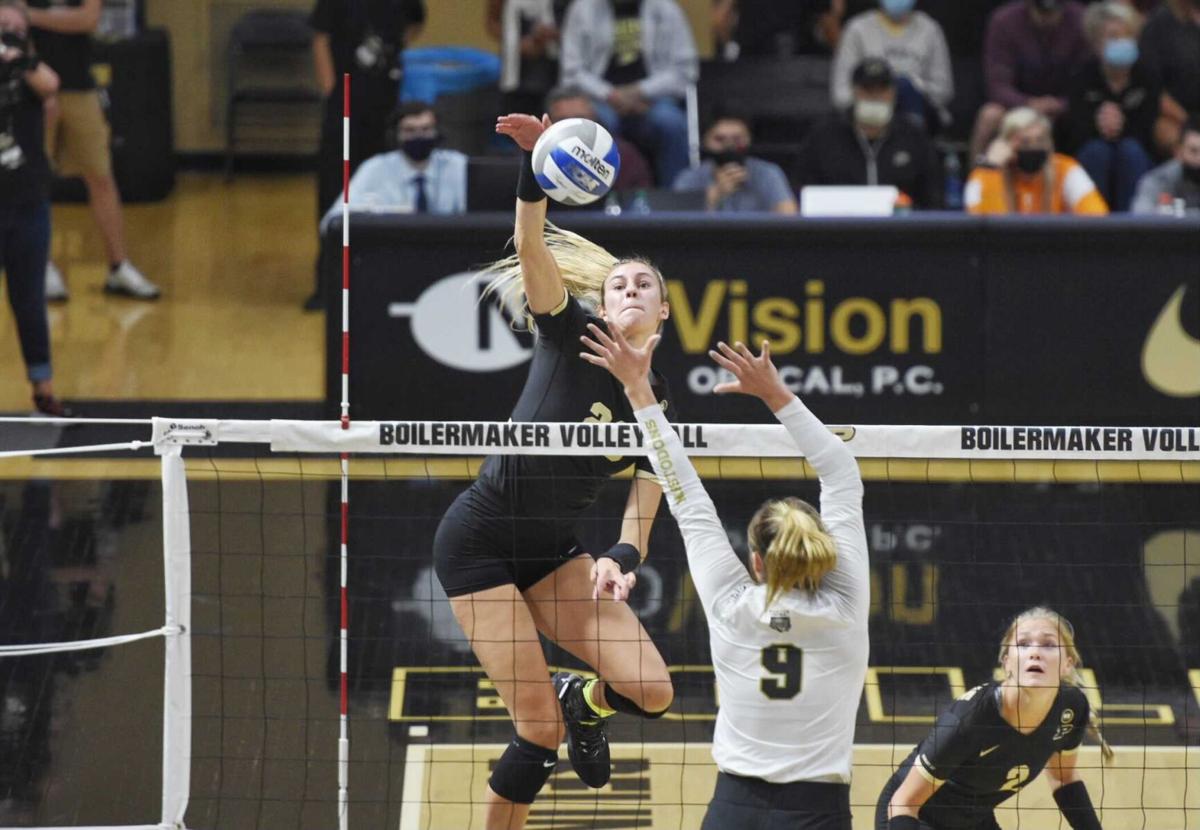 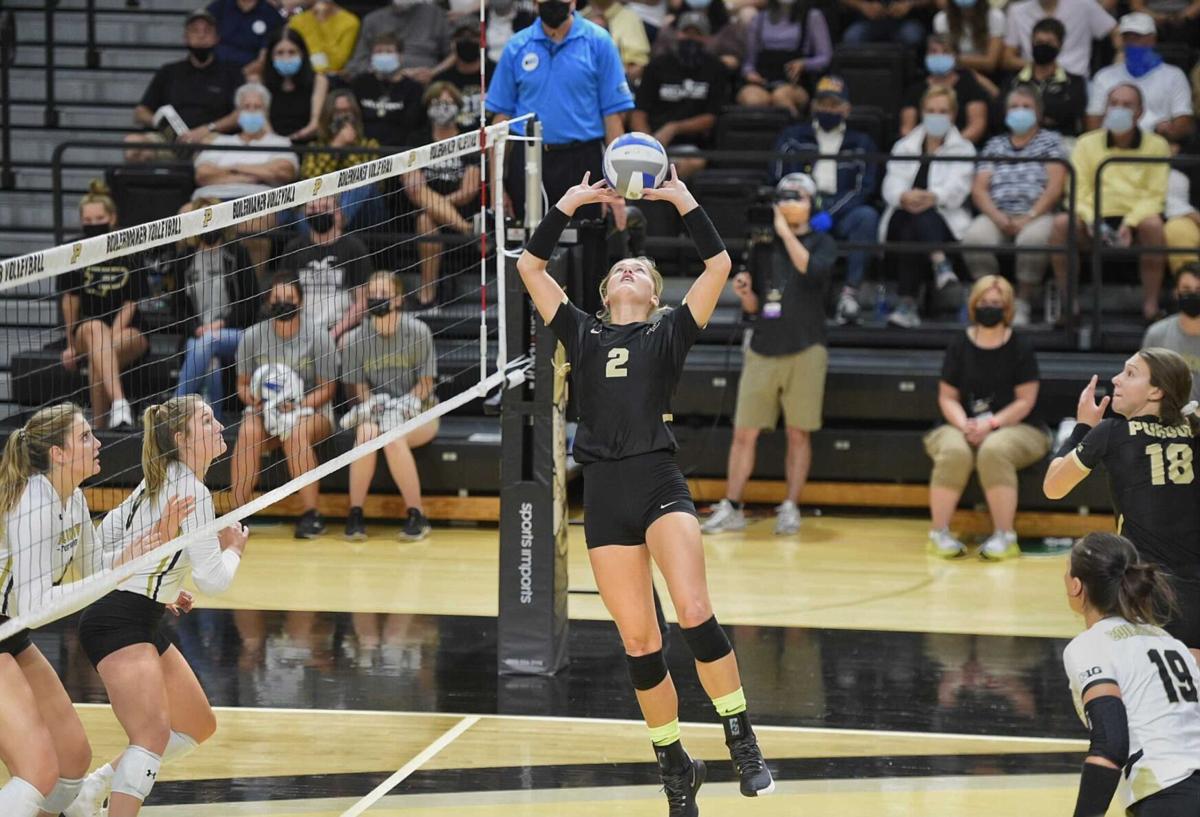 Senior setter Hayley Bush serves the ball up for an attack. 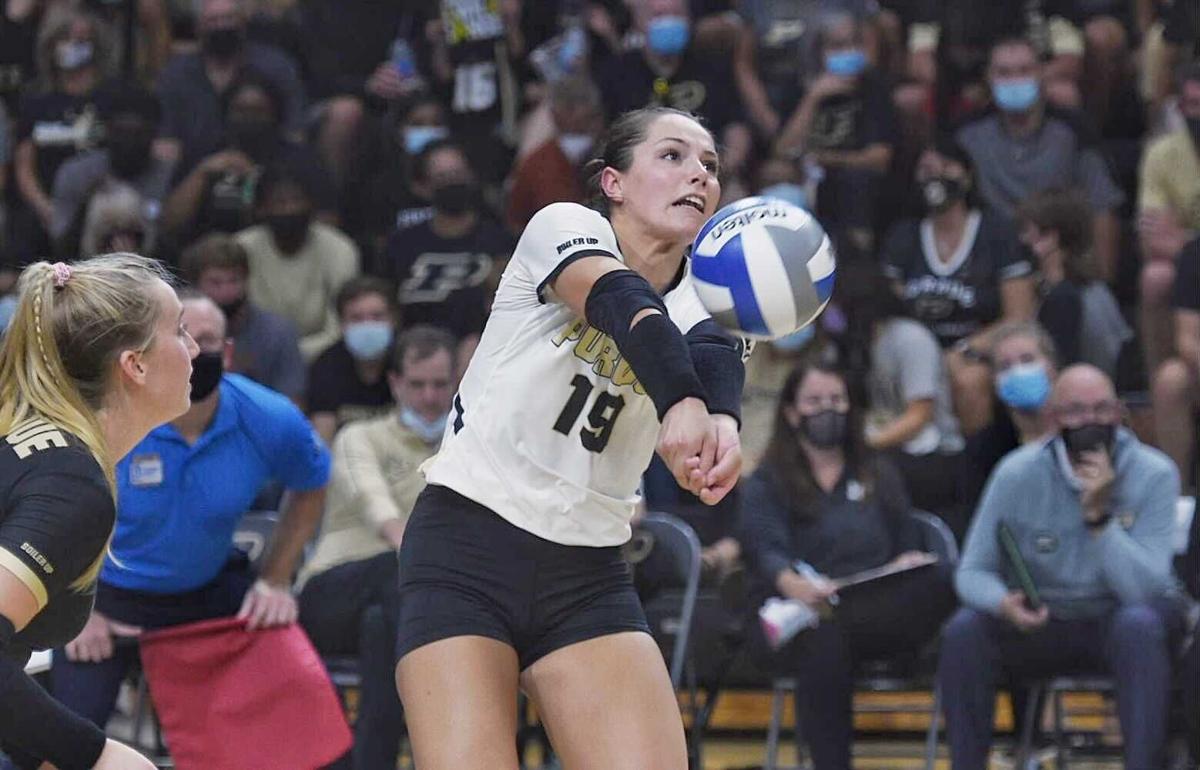 Senior setter Hayley Bush serves the ball up for an attack.

It didn't lose a single set.

In the 395th career win of head coach Dave Shondell, the wear, the tear and the fatigue of playing a double-header didn't get to the Boilermakers (7-1) as they cruised past Jacksonville State (9-3) in the morning and Purdue Fort Wayne (2-9) in the evening.

That doesn't mean the Mastodons didn't keep it close in the first set. Purdue Fort Wayne put its offense in full throttle, taking any chance it could to wear Purdue down with high-energy attacks at the net. Four Fort Wayne players had eight or more attacks by the end of the first set, with senior hitter Katie Crowe logging 10.

Fort Wayne's offensive engine sputtered to a halt in the second set, slowing down just enough for Purdue to start making aggressive plays of its own. The Boilermakers seemed to do no wrong in the second set, running up a 14-point streak against the Mastodons while forcing six errors. The Mastodons didn't get their first points until a service error from senior libero Jena Otec.

The offensive surge allowed for the Boilers to play one of their fastest sets of the season, winning by a dominant 19-point margin. They finished the set with 13 kills and four service aces.

The blinding barrage of attacks left the Mastodons reeling, ending the set with more than six errors and the game with a -0.0031 hit percentage. The Boilermaker's 25-6 set win was their largest margin of victory in a set since a 25-4 win over Rutgers in 2019.

Senior setter Hayley Bush seemed to be everywhere on the floor, diving for digs along with Otec pairing assists with strong strikes at the net. She ended the night with 29 assists, six digs and four kills. Senior hitter Caitlyn Newton and freshman blocker Raven Colvin tied for 9 kills to lead the Boilermakers in at-the-net strikes.

Purdue has just one match left in the two-day series honoring the memory of former Gold Block booster club president Stacey Clark. While Fort Wayne takes on Jacksonville State, the Boilermakers will take on their third ranked team of the season in the No. 22 Tennessee Volunteers.

“We’re really excited,” Cleveland said in a Monday press conference. “All the teams have different skill sets, so I’m sure we’ll practice a lot on defending them this week, but overall glad to be back at home and then get prepared for Big Ten play."

The Stacey Clark classic will continue for two more matches, the last being a 12:30 p.m. match between No. 9 Purdue and No. 22 Tennessee in Holloway Gymnasium. Fans can steam the game on BTN+.

The No. 9 Purdue volleyball team earned its second sweep of the day on Friday night, crushing Purdue Fort Wayne, 3-0, in the nightcap of the S…